Those who live out of the area may not know where Pickering is, as an overview it would be fair to say that Pickering can be found between York and Scarborough, located at the foot of the North York Moors National Park and renowned for being the home of the North York Moors Railway.  The town is very special for numerous reasons;  it has one of the lowest crime rates in the country, situated in an outstanding rural location, with excellent local schooling, health service, a great sense of community and within the proximity of wide variety of destinations.

Pickering is an ancient market town with castle, and legend would have it, it derives its name from 270 BC when ruled by King Peredurus.  He apparently lost his ring and a young girl was accused of stealing it, however, the following day a pike was caught in the river and when opened up the ring was discovered, hence from ‘pike’ and ‘ring’ the name was founded.

Pickering and surrounding areas attract home buyers for varying reasons, ranging from the variety of lifestyle/leisure activities that are available to a place of work.  The local economy is sustained in the main by agriculture, the leisure industry, and wide variety of medium sized and small businesses.  Customers with vehicles are well catered for as the town has two petrol filling stations as well as highly reputable car servicers and MOT garages.  Many people choose to live in the area and travel to other locations for work such as Scarborough, York, and Leeds.

Every Monday a thriving weekly market is held in the market place.  To meet the needs of those living in the area as well as the visitor, the town has a wide variety of shops, plus banks, a building society and library, two supermarkets, namely the CO-OP and Lidl supported by smaller convenience shops.  The doctor’s surgery as well as the dental practices can be found close by.   The area is blessed by a wide range of highly regarded eating establishments from traditional English food through to Italian, Indian and Cantonese cuisine.  Within driving distance can be found two Michelin starred restaurants, the Star at Harome and the Black Swan at Oldstead. Also available are variety of cafes and public houses.

There is plenty to do for people seeking an active lifestyle to those who are looking for something more relaxing to do.  Walkers and cyclists are well catered for, with the North York Moors National Park with its numerous dales and the Great Dalby Forest, the roman encampment at Cawthorn all being close by, as well as exploring the coastal resorts of Whitby, Scarborough, Filey, beautiful country houses, ancient abbeys and Yorkshire villages.  The local accommodation caters extraordinarily well for visitors wishing to be involved in some of the best field sports in the country, including grouse, pheasant and partridge shoots, as well as fishing on the local estates.

Thrill seekers might take on the challenges at the theme parks of Flamingo Land and Lightwater Valley.  Others may consider being part of the equestrian activities that take place in the area, ranging from hacking to hunting.

Pickering has its own football, cricket, tennis and athletics club, for those who are interested in rugby the nearest club is Malton Norton RUFC based in Old Malton. The town has a swimming pool, leisure and fitness club.

For both inhabitants and visitors sightseeing is highly likely to include, The North York Moors National Park, The Great Dalby Forest, Sutton Bank, the Hambleton Hills, exploring the local villages of Lockton, Levisham, Thornton le Dale, Ebberston, Allerston, Ebberston, Hutton Buscel, Goathland, Grosmont, Cropton, Sawdon, Brompton by Sawdon, Rosedale,   including the Ryedale Folk Museum at Hutton le Hole,  and then on to the historic towns of Helmsley, York, Beverley and Harrogate, with the cities of Leeds and Hull for those wanting a more urban experience.  Also worth exploring in their own rights, the coastal resorts of Staithes, Robin Hoods Bay, Sandsend, Runswick Bay, Whitby, Scarborough, Filey, and Bridlington.

The Beck Isle Museum is well worth a visit to see its artefacts especially the history on mining that took place in Rosedale before it was returned back to the landscape.  The historic parish church of St Peter and St Paul is a real treasure revealing its ancient murals that were hidden during the great civil war and are some of the earliest examples in Europe.

Pickering is particularly busy during the War Weekend in October when thousands of visitors dress up in war time apparel and relive the war years, with re-enactments and festivities including plays being put on at the Kirk Theatre.  Again the Tour de Yorkshire came through Pickering in 2017.

The highly regarded Stape Silver Band has made Pickering its home and adds to the culture of the town.  The Kirk Theatre goes from strength to strength with its musicals and amateur dramatics.  The Memorial Hall has become a significant venue in the town for all sorts of social engagements and meetings.

What a wonderful area to choose to have your children educated, they are given great opportunities and their life choices are really down to their own ability.  Within the town is a primary school, two junior schools one being the Catholic School of St Josephs, as well as the local village schools and finally Lady Lumley’s the secondary school.  Following GCSE’s students have a variety of opportunities from continuing their education at Lady Lumley’s or going further afield such as Scarborough 6th Form College, Malton School, and York College. For those parents who may choose to have their children educated privately and more locally they may consider, Ampleforth College, Scarborough College, Terrington Near Hovingham, St Peter’s York, Bootham York, Queen Margaret’s near York, Queen  Etheleburga’s near York, Queen Mary’s near Thirsk and Pocklington School.

Housing within the town covers a broad area, including one bedroom studio apartments, two bedroom plus flats, one bedroom plus terraced houses, town houses, semi-detached houses,   semi- bungalows, to detached homes and detached bungalows, including period and modern properties, as well as properties aimed directly at the retired, including Mill House retirement flats to the modern McCarthy and Stone development within the town, and on the outskirts the new Methodist retirement village of Mickle Hill.

Pickering is situated on the crossroads of the A170 and A169 and is ideal as a hub to catch buses to Leeds and Whitby as well as Scarborough and York.  Railway stations can be found in Malton and a main line station at Thirsk.

Little known facts, filming of 1975 ‘All Creatures Great and Small’ starring Simon Ward was filmed around the locality, with Houndgate Hall, Hallgarth, Pickering being used as the veterinary practice.

The North York Moors Railway has been used in numerous TV documentaries and films including Heartbeat, All Creatures Great and Small and Harry Potter.

If you would like to know more about the area why not speak to one of our knowledgeable members of staff.

About our Pickering Office

Our ground floor sales office is situated in the heart of the ancient market town of Pickering on a mews just south of the Market Place. Pickering office attracts buyers from all over the country, it is renowned as the home to the North York Moors Railway, as well a great place to stay to take advantage of the North York Moors National Park, Great Dalby Forest and the coastal resorts of Whitby and Scarborough as well as ancient city of York. The office sells a wide variety of homes ranging from urban rural to rural properties in all price ranges. The selling area extends to the Yorkshire Wolds in the South through to the North York Moors National Park to the North, covering areas such as Malton, Kirbymisperton, and Helperthorpe to the south through to Cropton, Levisham, Sleights and Whitby to the north. Moving to the east we pick up Thornton le Dale, Allerston, Ebberston, Snainton, Brompton by Sawdon, Hutton Buscel and as far over as Scarborough. The office covers properties as far west as Wrelton which forms the boundary of our Kirkbymoorside Office. 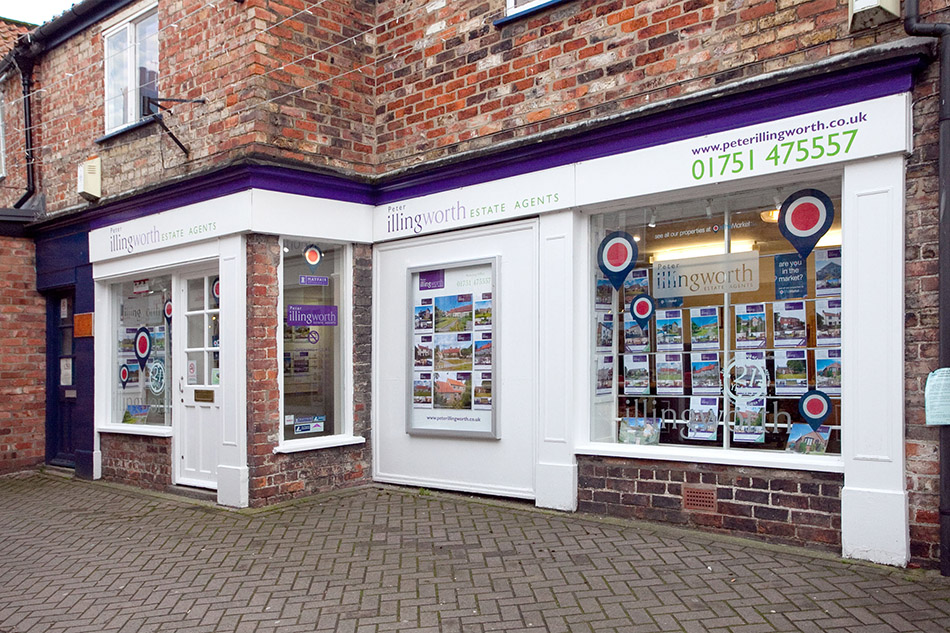 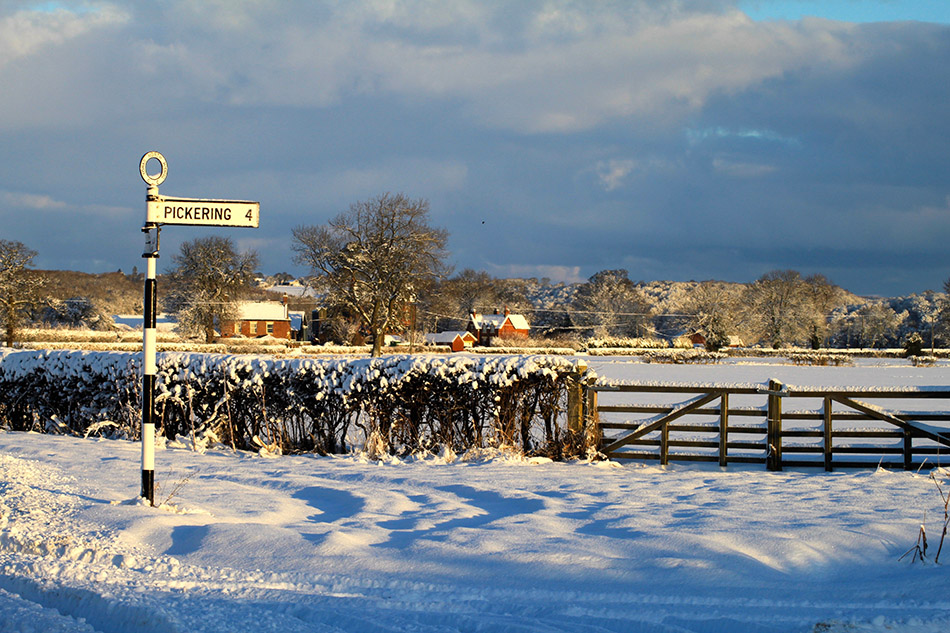 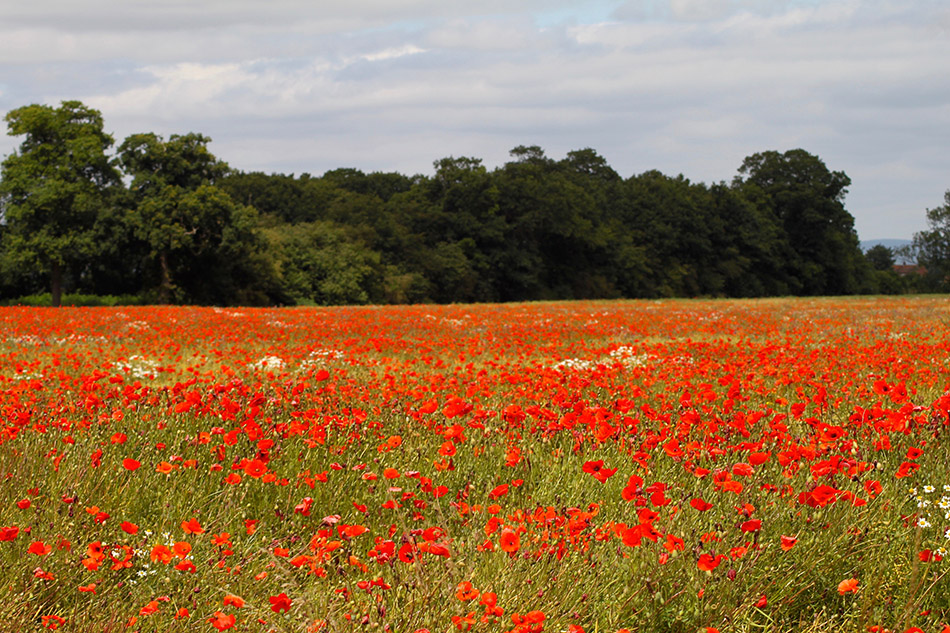