Ryedale Property Market 2018, what you need to know about seasonality 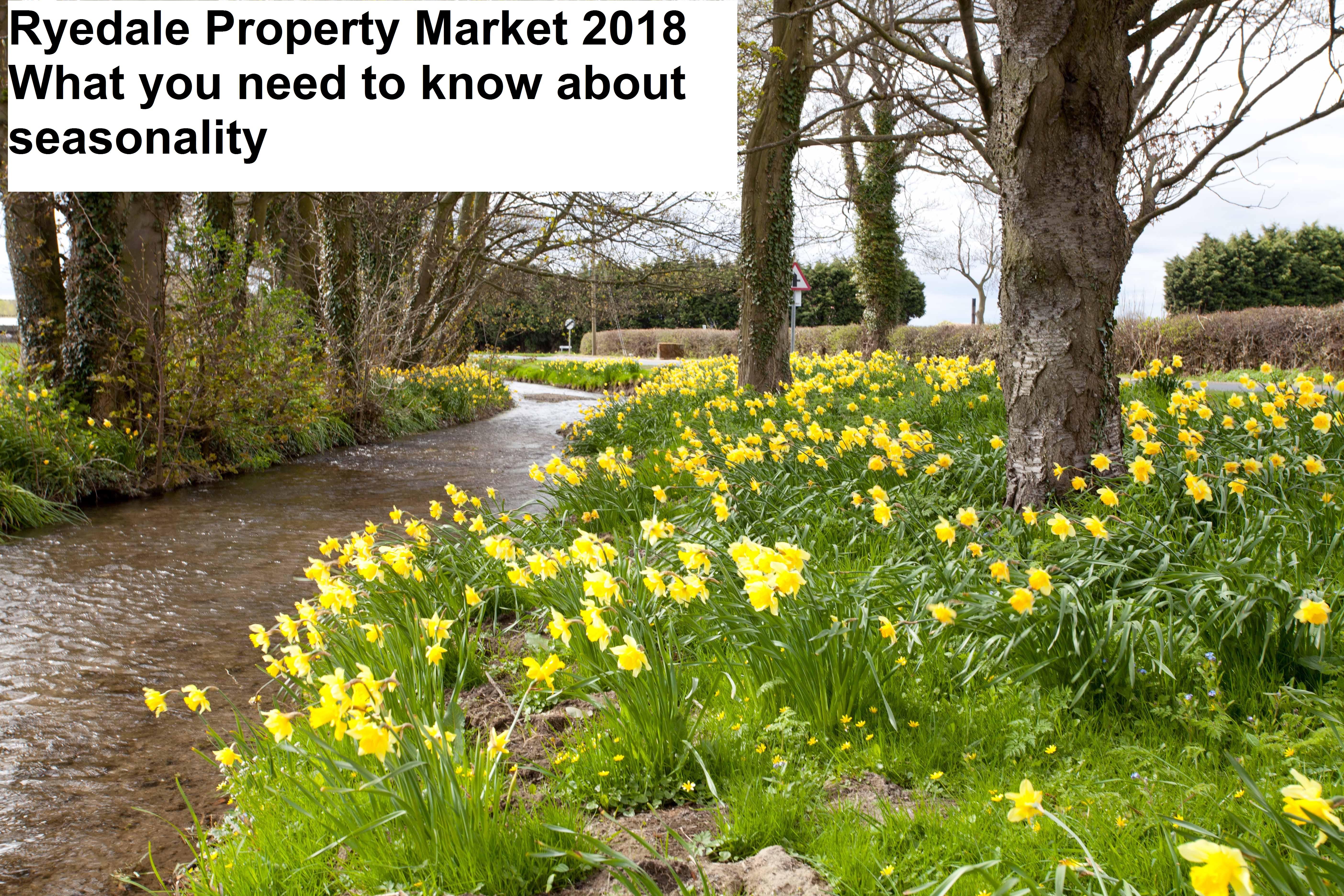 Peter Illingworth long established Ryedale Estate Agent, reports that confidence within the first time buyer market within Ryedale continues in a positive upward direction.  In January 2012 the average first time buyer spent £128,666 as compared to December 2017 at £195,928 an overall increase of 52%, these figures have been taken from the Land Registry for the Ryedale authority.

Interestingly over the last three years looking at the busiest completion months for second hand homes for the Ryedale authority, they are as follows:

August has been in the first two places for the busiest months of completions for second hand homes over the three year period, indicating that March, April and May were the peak months for the registration of second hand homes to the market.

The slackest months for completions for second hand homes over the three year period for the Ryedale authority, are as follows:

In conclusion Peter Illingworth said “It is evident that sales are now starting to lose their seasonality, for example in 2015, when comparing the best sales month with the worst, the lowest month was at 44% to the highest , 2016 it was  45.8% and 2017 60.2%.  Therefore if you feel it is the time to move and there is somewhere you fancy moving to, then there is no time like the present”.

If you are living or own property in the Ryedale area and are looking to sell, then why not take advantage of Peter Illingworth’s vast local property experience and make him your first call for a property marketing proposal meeting and contact him on either Kirkbymoorside 01751 431107 or Pickering 01751 475557 or even by email on peter@peterillingworth.co.uk and find out what has been happening in the market.